Yvonne Orji on Friendship in the Final Season of ‘Insecure’ 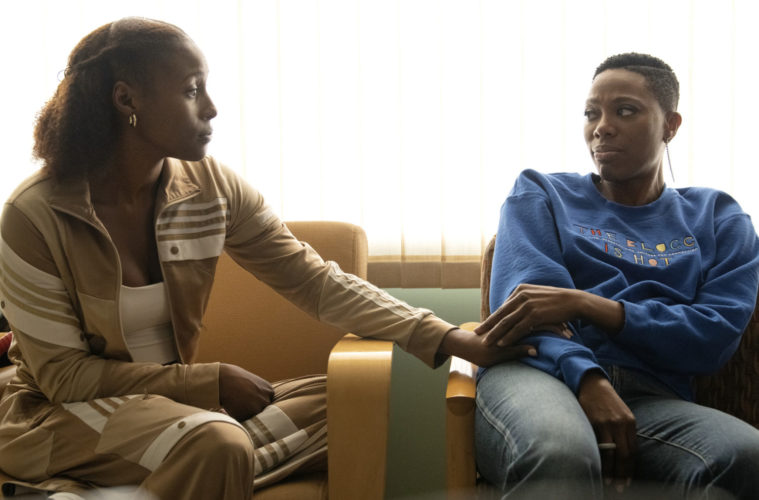 A Q&A with Insecure’s Yvonne Orji about personal growth, dynamics, and friendships central to the hit HBO show, which wraps up after five seasons just before the New Year.

Too often within the media, Black women are only shown trying to tear each other down instead of presenting themselves as fully formed people with complicate relationships. They are cast in “Strong Black Woman” trope roles that echo the same story over and over again.  Issa Rae and co-creator Larry Wilmore’s Emmy Award-winning HBO comedy, Insecure, tells a different story+the story of fallible figures and multidimensional friendships amongst Black women. slightly based on Rae’s highly acclaimed online series Awkward Black Girl, the show has won accolades for celebrating Black culture and identity in South L.A.

Following Wanda Sykes, who starred in nine episodes of Wanda at Large in 2003, Rae is only the second Black woman to create and star in her own comedy and the first for a premium cable series. With a Black cast of various shades, lifestyles, and interests, it would seem for one of the first times ever, Black people can be nuanced and show several aspects on TV, such as the dynamic “Mirror Issa” moments, when Rae’s reflective, rap-happy alter ego lights up the screen. 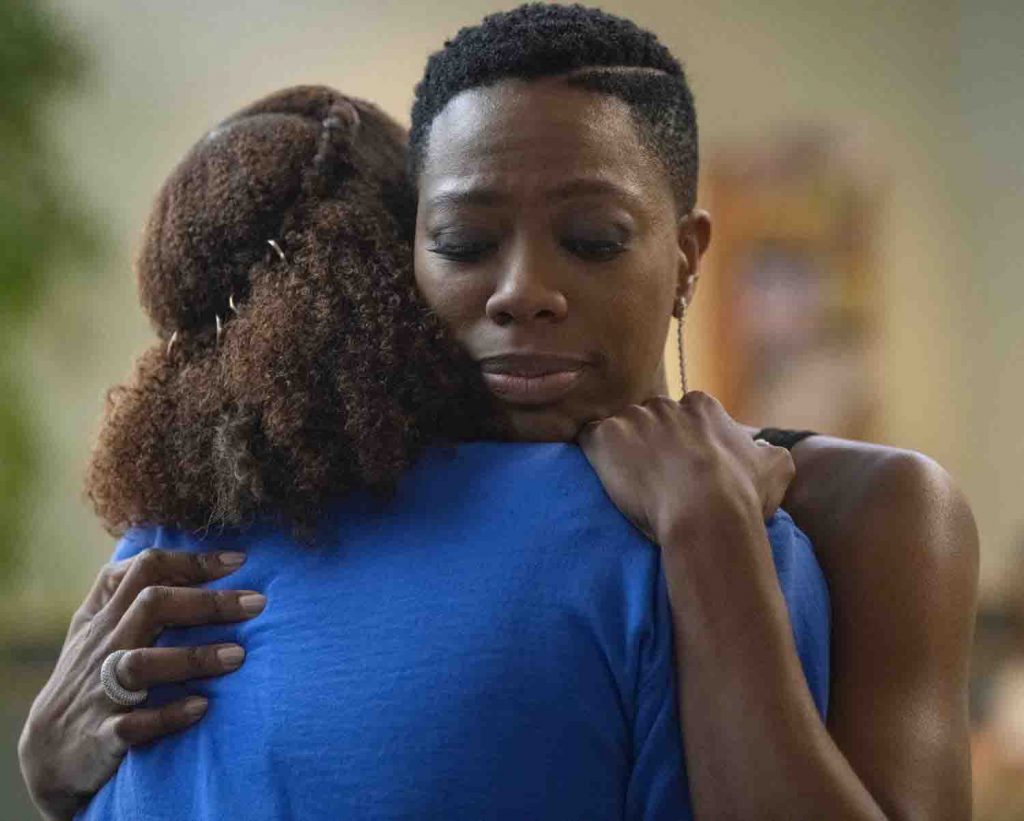 Orji is arguably as important to Insecure’s message and narrative as its star, and the pair’s friendship proves as powerful as any of the romances on the show. At times, there has been meaningful “Molly hate” from fans who viewed the character as petty and bitter. But season five sheds a new light on her motivations and Orji’s work on the character is transformative. So far, audiences have seen that she’s capable of reflecting on past romantic relationships (“Growth, Okay?!”), handling the emotional toll of her mother’s hospitalization (“Surviving, Okay?!”) and already helping Issa navigate her relationship (“Faulty, Okay?!”).

After season four’s fallout between the pair,  Molly is a better friend than she ever was. But as audiences know, it didn’t get there overnight. After a year-long time skip that took them from “fake back,” to “back-back,” as Kelly called it (in the show titled” Reunited, Okay?)” the duo once again lean on each other to manager man drama, family emergencies, work mishaps and, of course, the awkward moments that make the show so special.

Before the show concludes next month, we caught up with Orji for a speed interview exploring the evolution of Molly’s relationship with herself, her family, her love life, and most of all, her unbreakable bond with best friend.

Danielle Broadway: Last season and at the beginning of this one, we see both Molly and Issa end the longest romantic relationships they’ve ever been in. Do you think that their heartbreaks have bonded them closer together?

YVONNE ORJI: I think they always came back to each other. In season one, you had that scene of Molly and Issa crying after Issa gets back from Malibu and Lawrence isn’t there. So it’s like they always had this back and forth. After Dro [Molly’s polyamorous beau played Sarunas J. Jackson] it’s like, all right, well, maybe I do have to get my life together. So, I think they always find themselves drawn to each other, already in the midst of romantic relationships not working out and I think that’s the bond that holds the show together.

When we join Molly in season five, we see her reflecting on her past relationship choices and making an effort to encourage Issa. How would you describe Molly’s growth throughout the seasons when it comes to forming strong relationships?

I think at first she had this idealized kind of concept of what love was. She was like, ‘this is my parents, this is what they had. I want the same thing. I’m not accepting anything less.’ I think once she found out that her dad had been unfaithful to her mom that kind of moved her world, and she was like, ‘wait, so then is this happiness not real? Is this a sham?’ And it’s like, no, they found their way back to a version of happy that they could live with and deal with.

So, I think she kind of had this fairy tale of [sings] ‘everything is awesome!’ Everything is great. This is what love is. We’re going to live together. And I don’t ever have to change. And it’s like, ‘oh, no baby. Who told you that?’ I think that she is now processing by all the breakups, by all the relationships, what she doesn’t want, but at the same time trying to figure out who she is. I think now she’s realizing like, ‘oh, wait. I need to get with me. I need to get with me first.’ And that’s at the end of season four, when you see her in Mexico calling Dr. Rhonda. You see her calling Issa, like, ‘all right, well, let’s meet up.’ What I loved about the episode with Issa and Lawrence is they said, ‘no egg shells.’ When you see that episode [they’re] just being 100% honest, I feel like that’s what you want for the friendship in addition. 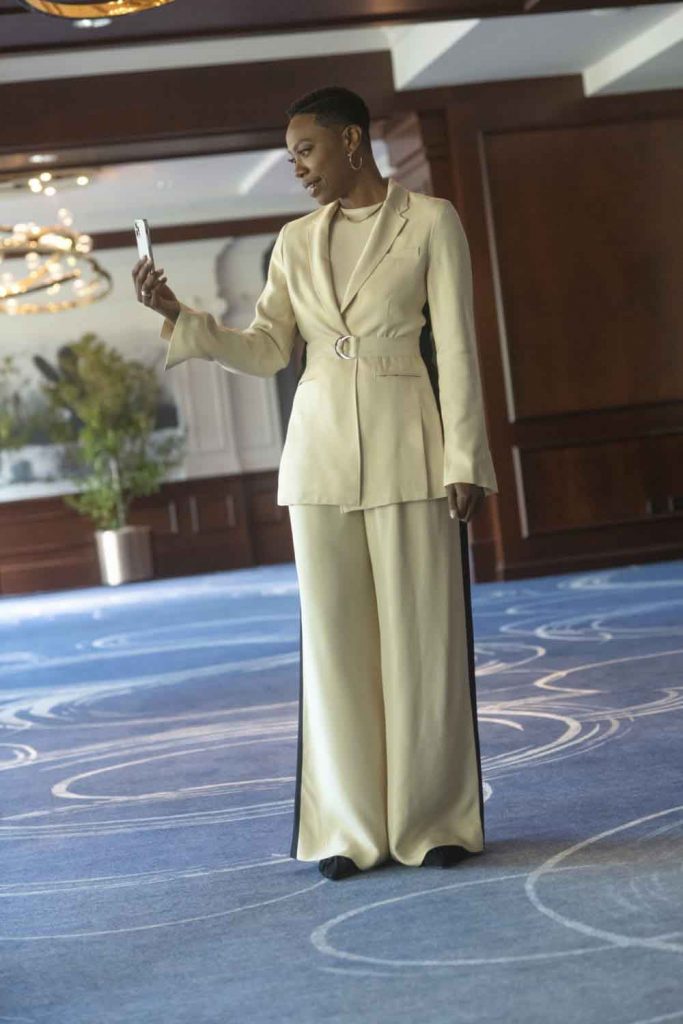 With Molly working on her career and mending her relationship with Issa, it seems getting married is nevertheless her unchecked box. Why do you feel that Molly (and so many people) feel the pressure to be married by a certain age?

When you see Molly in season one, relationships are a big deal, right? I’m a Nigerian woman and by 27, you’re late if you haven’t already been married with at the minimum one kid. I’m a decade past that. I can’t already imagine being married at 27. Ooh child, me with a ten-year-old right now? I would stab myself. I think everybody just has to have that for themselves, not be pressured because kids are not an accessory that you can give away. They are here to stay and marriage is not just something you do on a day. It is a daily thing you regularly do—you have to estimate someone else’s needs. You have to grow and surrender and compromise. I think people think, ‘oh, let’s just do it, just to do it.’ But it’s just like, ‘no, that’s not how you go into a marriage.’ You have to do it not only because you want it, but because you’re ready for it. And yes, sure, you can never be ready for it, but you can be better prepared for it.

When Asian Bae [Molly’s former BF played by Alexander Hodge] asks her, ‘what are you fighting for,’  she can’t answer because she just wants to be with someone. Yes, I do think that she cares deeply about him but you can tell throughout season four, she cared more about herself.  It was just like, ‘we’re gonna do what I want to do. I don’t want to compromise.’ So, it’s very much this idea of  ‘what I say goes’ and he’s just like, ‘in what world?’ This is not how a relationship is consistent. I think she’s finding that out for herself.

What do you think the biggest takeaway from the complete series has been when it comes to friendship?

I think the friendship was the glue of our show. No matter where we went, no matter what we did, we kept coming back to, ‘I got you.’ This is who they have. It’s like they have the jobs that they have to deal with, they have the uncertainty of their 20s that they have to deal with, but they’re not dealing with it alone. I think for their friendship, especially when you see them in season four really having a riff… anyone who has gone by a friendship breakup, I’m sure could relate to that season because it’s not easy, especially with somebody you love. It’s almost more detrimental than a losing romantic partner because you tell your friends everything. They know you better than your spouse does sometimes.

To have that relationship be tested and rocky, it really is like, ‘are there friendships that can stand the test of a fallout?’ Are there some that you just have to say, ‘God bless it and let them go?’ I think a lot of people were processing that for themselves in real time, especially in a pandemic. You had people that you were like, ‘why am I nevertheless friends with them? I’m not of value to them, and they’re not valued to me. Why are we holding onto each other just because we’ve known each other for ten years?’ That’s not enough anymore. I think the times that we’re in call for us to reevaluate our friendships and where they fit in our lives and where we fit in their lives, because it goes both ways.